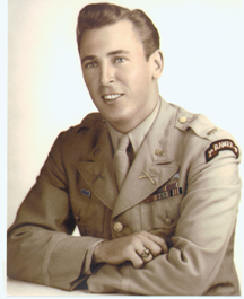 When detailing the origins of our firm, every discussion must begin with the name Leonard “Bud” Lomell. Mr. Lomell was a decorated Veteran of W.W.II having been awarded the Distinguished Service Cross, Silver and Bronze Stars along with numerous other accolades while serving with the legendary Army Ranger 2nd Battalion. He has been recognized by historian Stephen Ambrose as the single individual, other than Gen. Dwight D. Eisenhower, most responsible for the success of D-Day. In fact, Mr. Lomell’s tremendous accomplishments were featured by Tom Brokaw in his 1998 publication, The Greatest Generation.

Mr. Lomell began his law practice in 1957. He founded Lomell, Muccifori, Adler, Ravaschiere, Amabile & Pehlivanian. Four of that firm’s former members went on to become judges in the Superior Court of New Jersey, with one having served in the Appellate Division. During those years, Dominick Ravaschiere directed the defense practice, earning a stellar reputation as an elite trial attorney. In 2000, the firm was renamed the Lomell Law Firm in his honor.

Art Leyden & Paul Capotorto, both former partners with the Lomell Law Firm, continued the insurance defense, commercial litigation and civil litigation practices and formed the new firm of Leyden, Capotorto, Ritacco & Corrigan in 2010. Art Leyden is a pillar in the legal community having earned past and present appointments as chairperson for various State and local committees, officer for the Ocean County Bar Association and was the recipient of the 2006 Professionalism award. Paul Capotorto, in addition to his partnership with the firm, presently sits as a Municipal Court Judge for the Borough of Brielle, Manasquan, Sea Girt, Upper Freehold, Avon and Neptune City. Robert Ritacco is a Certified Civil Trial Attorney for the firm. Janet Kalapos Corrigan is an expert in PIP Litigation.