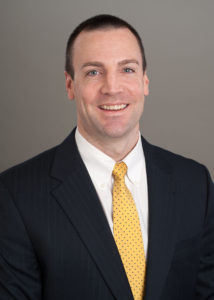 Kevin F. Sheehy is a partner with the firm. He graduated from Saint Anselm College with a Bachelor of Arts in May of 2001 and from Seton Hall University with a Juris Doctor in May of 2006. He was admitted to the Bar of the State of New Jersey in February 2007 and U.S. District Court of New Jersey in April 2007.

Prior to joining the firm, he clerked with the Honorable John A. Peterson, Jr., J.S.C. at the Ocean County Vicinage from 2006-2007. Following his clerkship, Mr. Sheehy was an Associate with the civil defense firm of King, Kitrick, Jackson & McWeeney in Brick, where he practiced in all aspects of insurance defense litigation, from case inception through trial. Mr. Sheehy also practices and has represented many clients in both municipal and criminal defense matters.